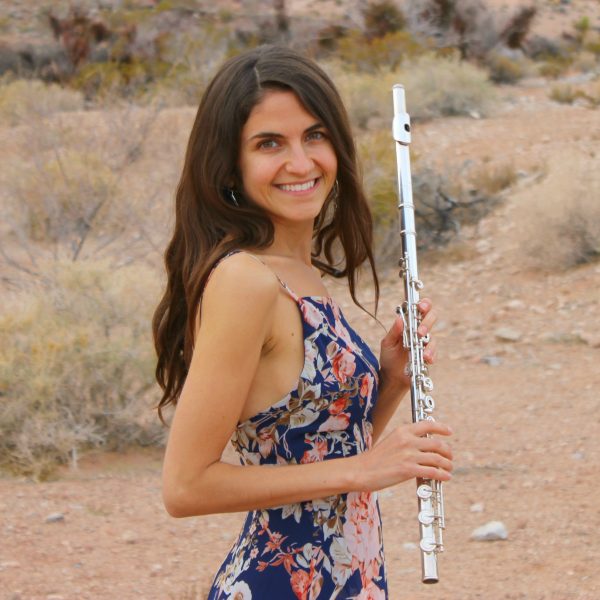 In May 2012, Lauren received her master’s degree in Flute Performance from the University of Houston’s Moores School of Music, where she studied with Aralee Dorough. She completed her bachelor’s degree in the same field under the guidance of Marianne Gedigian at the University of Texas at Austin. During her enrollment at the University of Houston, Lauren had the privilege of performing as principal flutist with the Moores School of Music Symphony Orchestra, solo flutist with the AURA Contemporary Ensemble, and as a featured soloist on The Front Row radio program on 91.7 KUHA.

Upon the completion of her degree programs, Lauren has since dedicated the greater part of her career to teaching. From young beginners to performance level flutists, Lauren has over 10 years of experience teaching flutists of all ages. Lauren has provided numerous master classes, student recitals, and private lessons alike for various school districts in Las Vegas, NV as well as Austin and Houston areas in Texas.

As a performer, Lauren has held principal, assistant, and solo positions with the St. Cecilia Chamber Orchestra of Houston, the United Nations Choir, the University of Texas Symphony Orchestra, the UT Opera Orchestra, and the 2004 TMEA 5A All-State Symphony Orchestra. In 2007, Lauren won first prize in the Flute Society of Kentucky’s Collegiate Artist Competition and was a finalist in the Byron Hester Solo Competition in 2011. Ms. Sofka has worked with and performed the music of many established composers such as Paul Steinberg, Todd Reynolds, Eric Whitacre, Bill Ryan and Dan Welcher. Ms. Sofka has also participated in master classes with many acclaimed flutists including Leone Buyse, Marianne Gedigian, Laurel Zucker, Tal Perkes, Katherine Kemler, Katherine Borst Jones, Keith Underwood, and Trevor Wye.